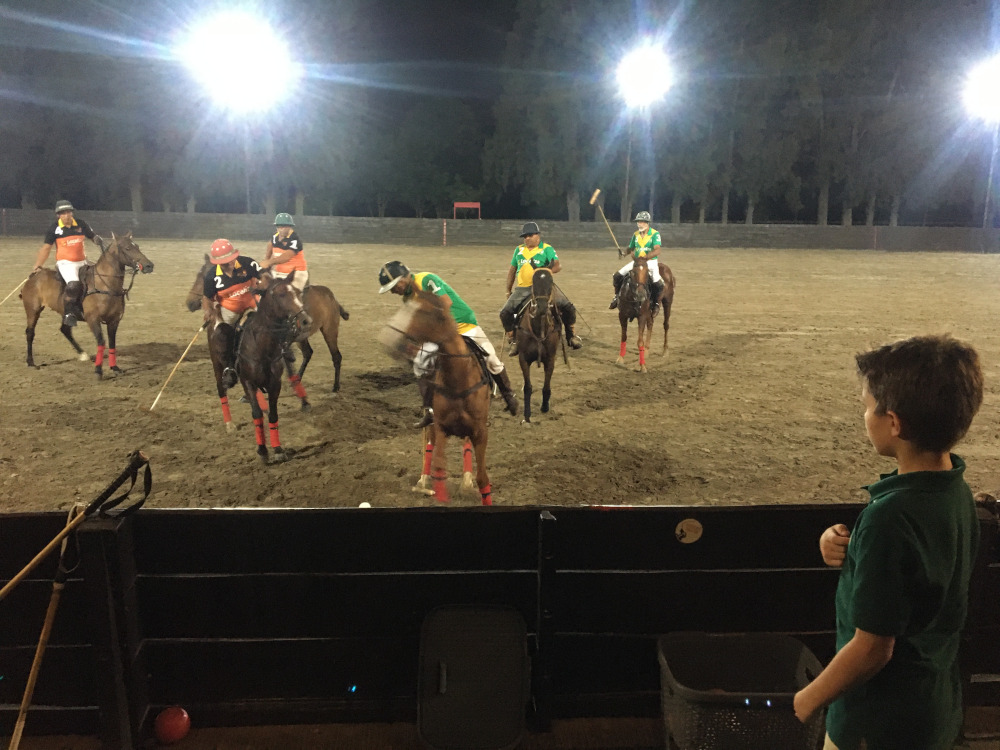 Because it’s played in a much more confined space than field polo with solid walls rather than tiny boards that can easily be jumped over, arena polo can really improve your riding and balance.

After all, it takes less than half the time it takes outside to get from one end of the arena to the other; now add the game to that and equals a lot of stopping and turning and if you’re not balanced on your horse all those tricky maneuvers will have a way of letting you know…and fast.

There’s no getting away with anything in the arena. Whereas outside, horsepower and speed play a role in the success of any particular player, inside it’s nearly impossible to outrun your opponent because within seconds you’ll both hit a wall and have to stop and turn.

Take your game inside and you’ll see just how much you got away with outside on that big huge grass field when it came to your balance and riding.